I have categorised my favourite thoughts and quoted to match my favourite books, if it’s a quote that should be attributed and I haven’t I apologise, I scribble these down in my diary as and when I find them and I hope they will echo within you as they do me…

I felt a stranger at life’s party – Anon

Some people feel the rain, others just get wet – B Marley

We should not confuse feelings with facts; “I will always feel like this” is a feeling not a fact, it may seem certain but its not, it’s a negative thought.

When tended; the grass may be just as green on this side…

Real depression isn’t being sad when something goes wrong in your life,

real depression is being sad when everything in your life is going right.

For the time being, everyday was painful and far too long. How could 15 hours or however long I had been awake seem so interminable?

The best part of the day, if anything so unremittingly miserable can be said to have a ‘best’ part was just after I woke up, those few seconds when my mind was blank and I wasn’t aware of what I had lost, or what I’d become.– A Keale

Sometimes I would imagine myself getting out of bed, going into the bathroom and having a shower, making a cup of coffee and then going for a walk, or even wanting to eat something. Then depression and apathy would take over again and even imagining those things was exhausting – A Keale

Anger is solid, it has weight. You can beat your fists against it.

Pity is a fog to become lost within.

The fears are like a program in my head – on a loop that took over when all the bad stuff happened, and its been running ever since.

During tough times, it is easy to be either nostalgic for the past or worried about the future, the hardest place to live is the present.

The realisation that you are mostly responsible for how you feel is empowering once you fully accept it. Its one of the most important keys to living a happier, more effective and anxiety free life.

Out of clutter, find simplicity. From discord, find harmony. In the middle of difficulty lies opportunity – Einstein

If you want a beast to die, don’t feed it – Anon

Paranoia – Yes; it is about you, its not about what other people think or are doing – its how you think about yourself.

It is good to recognise when things feel wrong, sometimes it is so hard to say that things are wrong that we internalise and focus on that thought, every time we tell ourselves that something is wrong, that you cant bear it, the feeling gets reinforced, it becomes stronger and less easy to bear, harder to see a way out, we feel trapped, overwhelmed by a feeling that has become stronger than the actual situation we are in.

Part of the craziness may be that you are not sure what the danger is now, since your worst fear has already happened. You are just waiting for the next bomb to go off without knowing what that bomb may look like.

Today is a heavy day but, this is just an aftershock.

The earthquake, the main event was Love.

Thousands of candles can be lighted from a single candle and the life of the candle will not be shortened. Happiness never decreases by being shared.

The sadness that we feel now we can afford to keep close; safe as we are in the knowledge that grief is loves echo, we only have to listen and it’s there – Anon

The grief was suffocating but, it was addictive. I’d made a pact with myself that I would hold onto the pain. The more it hurt the closer I was to his death, closer to the time he was alive. I didn’t want time to pass or the hurt to ease. I wanted it raw and recent. Recent meant I couldn’t forget him.

We somehow believe that the last time we saw somebody is the picture they take away into the next life, we discount the years during which they got to know us, love us and become proud of us.

Grief I’ve learned, is really just love. Its all the love you want to give but cannot. All of that unspent love gathers up in the corners of your eyes, the lump in your throat and that hollow part of your chest. Grief is just love with nowhere to go.

Unable are the loved to die; for love is immortality – Dickinson

Imagine you are the beach and the grief is the sea, you may feel saturated with it, the sea comes in and out with the tide, it can feel almost overwhelming but, it will recede.

When I lost you; I failed to understand how much I would lose of myself

It was as if they had buried a part of me with you, I was no longer whole. Who was I? this shell, this person with a gap inside that I didn’t know how to fill? 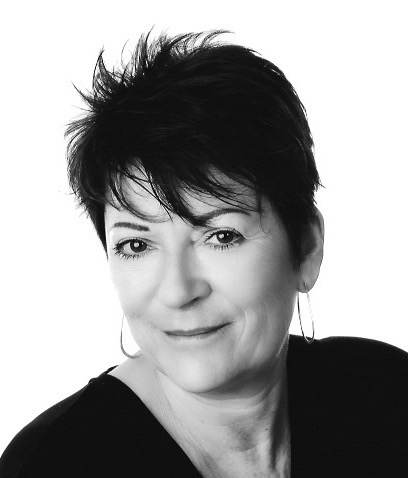 I felt all the emotions so strongly that they cancelled each other out, just as white isn’t an absence of colours but of all colours blending together giving the illusion of no colours at all – Anon

Give yourself credit for the days that you made it when you thought that you couldn’t.

Don’t cling to a mistake just because it took you a long time to make it.

Today you are you, that is truer than true.

There is no-one alive than is You’er than you. – Dr Seuss

Resentment – its like taking poison and waiting for the other person to die.

The reason we struggle with insecurity is because we compare our off days with everyone else’s Facebook highlights.

Self-esteem – the opinion we have of ourselves based on what we think other people think of us.

Confidence – a feeling of self-assurance arising from an appreciation of our own abilities or qualities.

A bird sitting on a tree is never afraid of the branch breaking, because its trust is not on the branch but on its wings.

Someone else’s success is not your failure.

Sometimes it is easier to sit with a situation that doesn’t really suit you rather than make a change as, to make the change you have to admit or demonstrate that the original situation was not perfect.

We struggle to admit that things are not perfect as we do not want those we love and care for who are part of the situation to feel criticised.

I can’t change the past but the future can be whatever I want it to be.

Its not about logic, the mechanism is the thing, not faith or politics, or love or work or money or self-improvement. Those things are all incidental. Once you internalise someone else’s will as your own the mechanism works exactly like a trap – easy to get in, very hard to get out. Manipulated into a position where you surrender your control.

Emotional blackmail occurs when one partner; either consciously or unconsciously coerces the other into doing what he wants by playing on his partners fear, guilt or compassion – Engel

Because I was over 18, I was considered to be an adult by society. But I wasn’t, if I had been an adult I would have known what to do.

Any cookies that may not be particularly necessary for the website to function and is used specifically to collect user personal data via analytics, ads, other embedded contents are termed as non-necessary cookies. It is mandatory to procure user consent prior to running these cookies on your website.